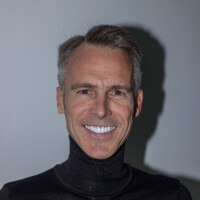 Pieter Klaas Jagersma is an entrepreneur, supervisory/advisory board member, and [guest/visiting] professor of business administration. After earning his Ph.D, in the early 1990s, he worked at McKinsey & Company, before accepting an offer to join Nyenrode as a senior faculty member. At age 29, he became the youngest full business administration professor in Dutch history [Chair Professor of International Entrepreneurship]. He joined the Vrije Universiteit Amsterdam faculty in 2000 [Chair Professor of Strategy]. He is a visiting full professor at various foreign/international universities and business schools.

Pieter Klaas Jagersma is the author of numerous books and articles published in scientific journals, management magazines, and newspapers. His books have sold more than two million copies worldwide. He is supervisory [or advisory] board member at various companies such as Rijk Zwaan, Egeria Investments, NRC Media Groep, Mirror Controls International [MCi], 3a Global Risk Management, CCIC, and ISA International. As the leading professor of international entrepreneurship and export management in the Netherlands, he also serves as a counselor to the Dutch and foreign governments. Since 2010, he is featured in Marquis ‘Who’s Who in the World’ as one of the world’s leading achievers in his field.